For the first time ever, an ocean drone captures video inside a hurricane

A Saildrone has captured video inside of major Category 4 Hurricane Sam in the Atlantic.

NOAA teamed up with Saildrone Inc. to send the drone into the hurricane to collect critical forecasting data.

The Saildrone Explorer SD 1045 has been battling 50-foot waves and winds over 120 mph. The saildrone includes a "hurricane wing" that allows it to operate in extreme winds. The video captures the winds and waves in action.

In a world first, a @saildrone has captured video from inside a hurricane.

s and 120+ mph winds to collect critical scientific data and give us a brand new view of one of earth’s most destructive forces. https://t.co/vWHJUo1y2r pic.twitter.com/gO22wBhua2 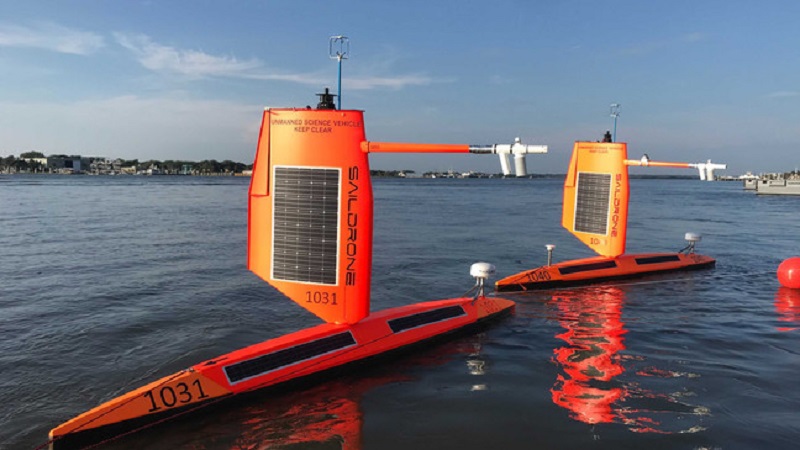 Jacksonville deployment of the Saildrones, courtesy of Saildrone & NOAA