Halloween weather has had a few tricks over the years

Over the years, weather on Halloween in Baton Rouge has been mostly cooperative. It looks as though 2022 will be a treat for candy collectors as well.

The warmest Halloween on record was a just a few years ago when afternoon high temperatures hit 88 degrees in 2016. Back in 1993, morning low temperatures made it down to 30 degrees which was the coldest for the date. Just 24 years of the 92 on record have had measurable rainfall meaning it is dry about 75 percent of the time.

Halloween 2015 was an entirely different story. A slow moving frontal system brought heavy rain to the area and while no severe weather was reported in Baton Rouge, wind and tornado damage did occur in both Livingston and Tangipahoa Parishes. 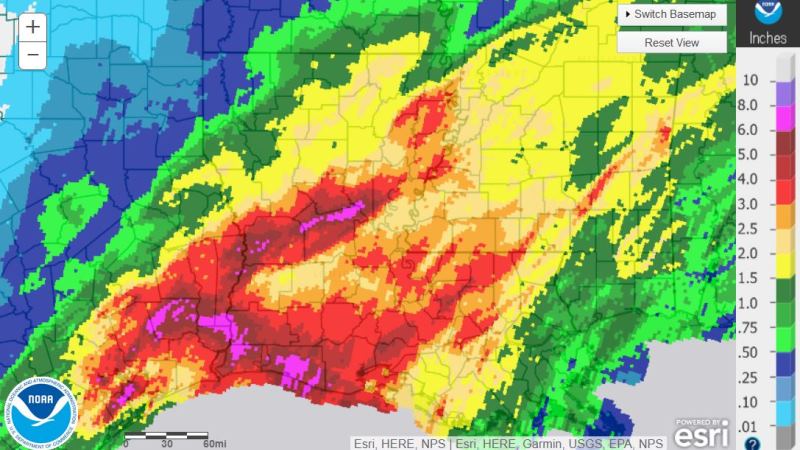 Moisture in the atmosphere was nearly double what is considered average for the time of year, and it showed. 2.5 to 4.5 inches of rain fell across the WBRZ Weather Forecast Area with a daily record of 4.28 inches recorded at Metro Airport in Baton Rouge.

The forecast for this year calls for partly cloudy skies with temperatures falling out of the 70s and into the 60s during trick-or-treating. Those temperatures are very close to average for the time of year.

The Storm Station is here for you, on every platform. Your weather updates can be found on News 2, wbrz.com, and the WBRZ WX App on your Apple or Android device. Follow WBRZ Weather on Facebook and Twitter for even more weather updates while you are on the go.