Sunday AM Forecast: Today will be a total washout

A Flash Flood Watch has been put in place for most of the WBRZ viewing area.

Today & Tonight: A muggy and rainy start for today. Most people are waking up to showers but some have only seen cloudy conditions so far. There will be several rounds of rain throughout the day with 1-3” of rain possible. Areas north of I-10 should expect to see the greatest amount of rain. We are in a level 2 slight risk for seeing excessive rain, flash flooding for low-lying areas is our main concern for today. There is the potential to see gusty winds as the system approaches. Temperatures will peak in the upper-60s in the afternoon and stay muggy and warm overnight near 61°.

Up Next: The rainy, muggy pattern will continue into the start of the workweek. Monday and Tuesday will not be total washouts but there will be plenty of lingering moisture to help fuel some isolated showers in the afternoons. Temperatures will reach the low-70s in the afternoon hours and cool into the upper-50s overnight. There will be showers around the forecast but still plenty of dry time and sunshine in between the rain. By Wednesday, our next system will start to move through the area. Wednesday you can expect scattered showers during the afternoon. Into Thursday the next cold front will make its way through the Capital Area bringing more rain. Once the system finally moves out we will be much cooler and drier heading into your next weekend. Click here to see the 7-day forecast.

The Storm Station has you covered with hour-by-hour weather tracking is available for your location on the WBRZ WX App on your Apple or Android device. Follow WBRZ Weather on Facebook and Twitter for even more weather updates and unique weather insight from the whole team!

GALVEZ - An Ascension sheriff's deputy was arrested for DWI overnight after allegedly crashing his vehicle while impaired.

According to the Ascension Parish Sheriff's Office, deputies responded to the crash around 4:15 a.m. on LA 44 in Galvez. They found the driver, Curley Jones, uninjured at the scene. No other vehicles were involved in the incident.

Deputies say Jones has been suspended pending further investigation. He faces charges of reckless operation of a motor vehicle and first-offense DWI.

This is a developing story.

LIVINGSTON PARISH - A man accused of raping Madison Brooks the night she died in a traffic accident is back in jail, accused of raping a girl in Livingston Parish when he was a juvenile, according to arrest documents obtained by WBRZ.

Those documents show Kaivon Washington was 15 years old in May or June of 2020, when he allegedly raped a 12-year-old victim. Arrest documents show that a year later, the 12-year-old's mother brought her to OLOL Children's Hospital. She did so when her daughter disclosed what allegedly happened to her.

The victim said she was raped by the accused when she left a birthday party to go swimming at an apartment complex. A camera was in the apartment, and the victim said her friend asked if she could have a male come over.

The victim noted that she came out wrapped in a towel, covered the camera and went into a room. The victim said she told him no, and he ripped the towel off of her.

Arrest documents show, "the victim clarified that he put his stuff in my vagina, and that went on for approx. 30 min. before Washington got another boy and left."

Washington was interviewed at the time and denied kissing her, and said nothing ever occurred between them.

The case went nowhere for years -- until Friday. That's when a witness came forward and said she saw Washington go into the room with the victim three years ago.

Detectives noted in their arrest report, "she witnessed the accused enter the victim's bedroom, but denied hearing any voices or sounds that would have led her to think someone was having sex. She further stated that she did not hear anyone hollering."

Ron Haley is representing Washington. He said, "Mr. Washington and his mother cooperated with the investigation two years ago, and law enforcement took no action. Upon the review of the new statement from a witness that came forward yesterday, we are concerned not only of the timing of this statement, but whether it meets the threshold of probable cause."

Washington is one of three adults who, along with a 17-year-old, were charged in connection with the alleged rape of Brooks earlier this month.

The LSU student died shortly after she left Reggie's bar in Tigerland with the defendants. She was struck by a vehicle as she stood in a roadway in the early morning hours of Jan. 15.

Toxicology reports showed that Brooks had a blood alcohol level of .319 -- nearly four times the limit set to determine intoxication for a driver.

Washington was released from the East Baton Rouge jail after posting bond earlier this week. The two other adults who are charged -- Everett Lee and Casen Carver -- have also bonded out.

Brooks' funeral is set to take place next weekend.

Reggie's is closed following the suspension of its license to serve alcohol. 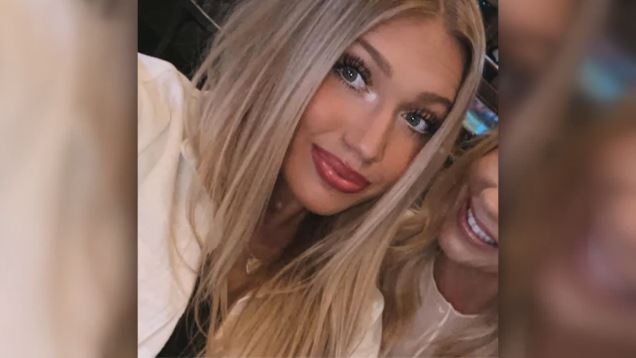 Sheriff's office employee accused of stealing thousands, given special treatment as she was booked into jail

PORT ALLEN - West Baton Rouge Parish Sheriff's employee Mandy Miller received special treatment Friday when she was booked into the parish jail on serious felony charges after she admitted to stealing thousands of dollars from the department.

The WBRZ Investigative Unit was there as Miller surrendered. She pulled up around 2:15 p.m. Friday and went to the Sheriff's Training Center where she hung out for about 45 minutes. Miller then pulled into the parking lot of the jail, and was escorted in by WBRSO employee Kevin Deval. Sources say Deval and Sheriff Mike Cazes' son-in-law Dale Simoneaux orchestrated a plan to make things easy on her, to help avoid media attention.

Why she was allowed to hang out at the training center before she turned herself in on serious charges, hasn't been answered by sheriff's office. WBRZ reached out to Sheriff Mike Cazes but did not get a response back.

Miller's alleged theft came to light last fall when thousands of dollars went missing. An investigation by the Louisiana Legislative Auditor, State Police and the FBI went on for months. Sources said the LLA turned over their case to law enforcement over the past few days.

Sources said $150,000 was missing from the West Baton Rouge Parish Sheriff's Office. Miller was tasked with processing traffic ticket payments, and public records show she was earning $72,000 in that role.

District Attorney Tony Clayton told the WBRZ Investigative Unit that justice will be served in this case.

Sources said she was booked on malfeasance in office counts and felony theft.

Want to be a guest on the Noon News?

Want someone from your event or organization to be a guest on the Noon News? Click here to fill out our Noon News Guest Request form!