How do clouds change temperature trends?

Clouds can impact temperatures in four different ways. First, it’s important to know where the earth’s warmth comes from. During the day, all the heat comes from the sun. The warmest hours of the day usually occur in the late afternoon when the earth has had the longest possible exposure to the sun’s rays.

At night, it’s a different story. All day long, the earth absorbs all the heat from the sun. After the sun goes down, the earth emits the heat back out into the atmosphere. In other words, the heat source at night is the earth itself. The coldest hours of the day happen in the early morning right before sunrise when the earth has been emitting heat all night.

When clouds are not around, temperatures warm up during the day and fall overnight. This is the most common temperature trend. 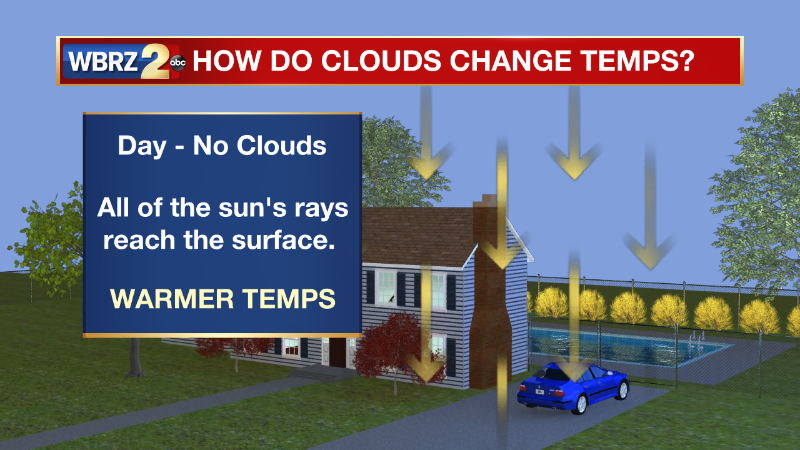 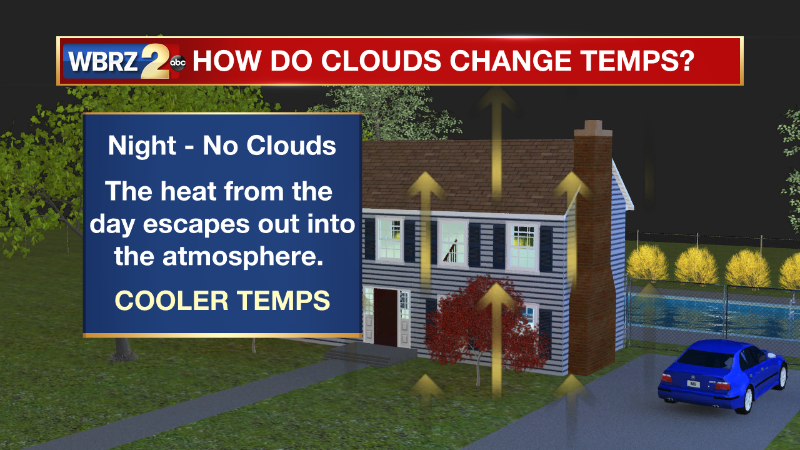 Now let’s bring in some clouds. When clouds roll in during the day, they block out the sun and reflect the heat back out into the atmosphere. That means the heat never makes it to the surface and cloudy afternoons tend to be cooler. 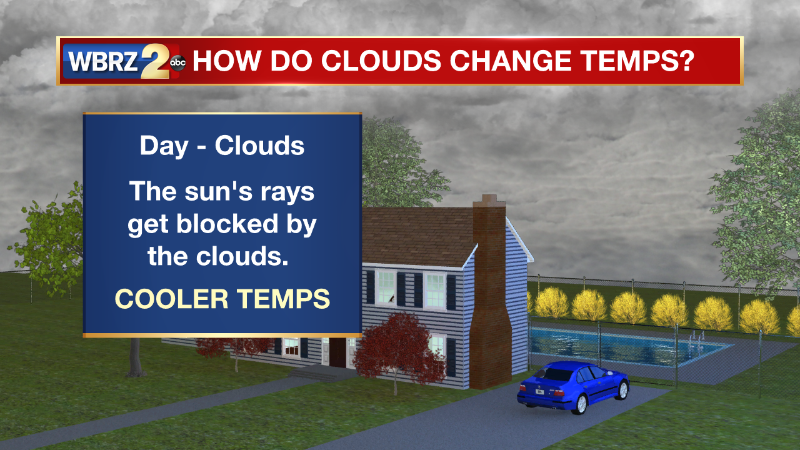 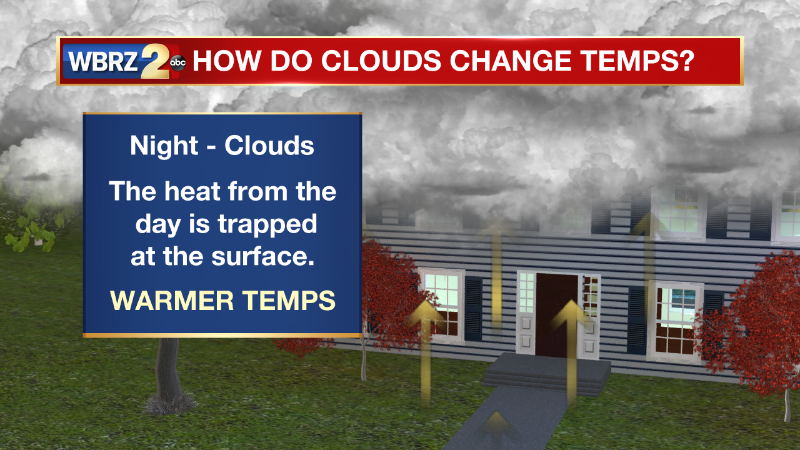 Now you know… Chief Meteorologist Dr. Josh Eachus has some forecasting tricks on Inside the Weather. CLICK HERE to watch.